You are here: Home » News » BIOBASE antigen test kit can be exported to many countries

BIOBASE antigen test kit can be exported to many countries

Recently, due to the surge in the number of confirmed cases of the COVID-19 around the world, many countries such as the UK, the US, and Australia have experienced a surge in demand for test kits and a rise in prices.As a new COVID-19 detection method, the antigen test kits have been widely used in the new round of large-scale epidemic due to its advantages of rapid detection.

BIOBASE antigen test kit currently has CE certification and Bfarm certification, so it can be sold to many countries and regions. 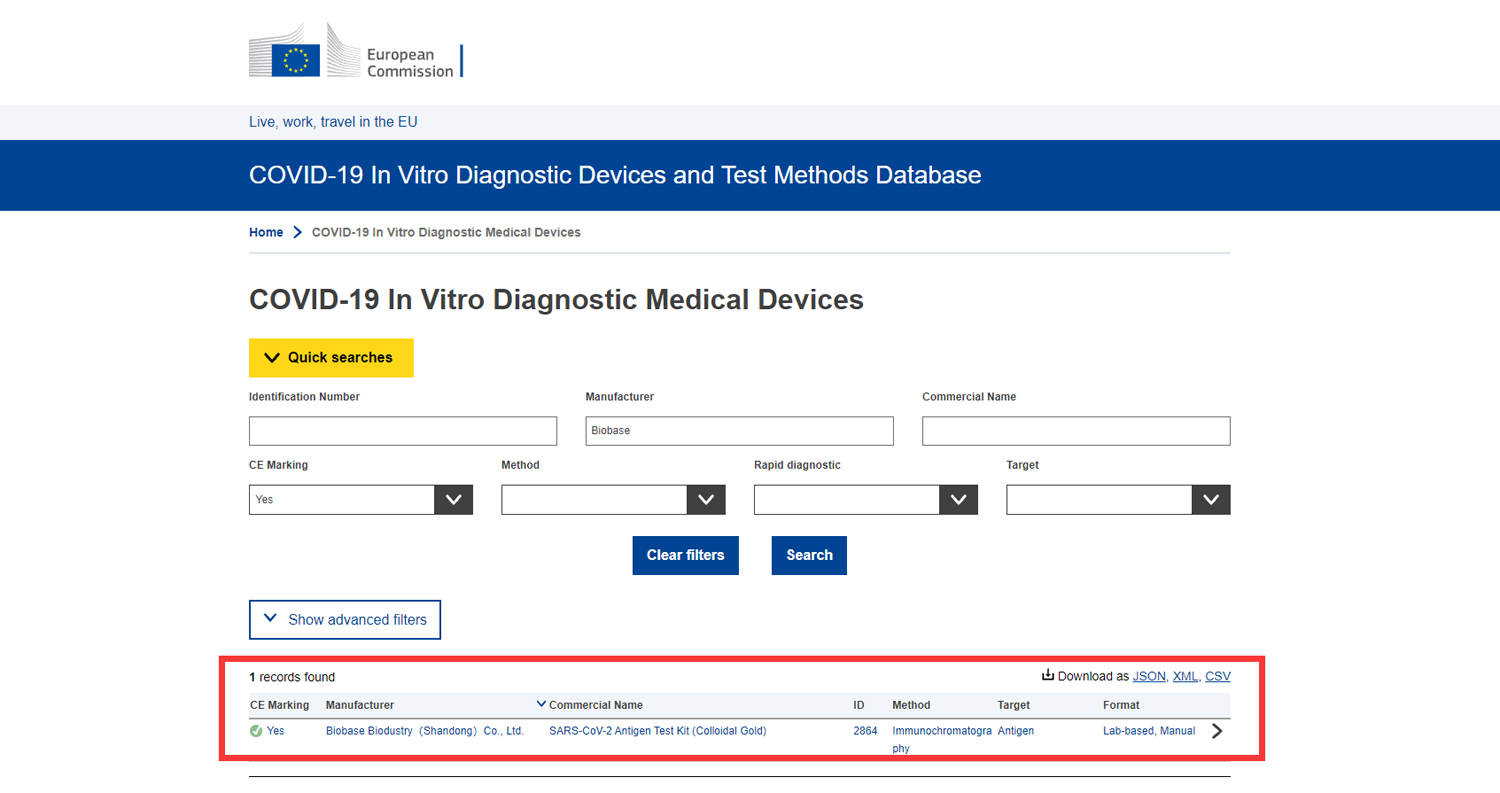 CE Marking: It is a passport for products to enter the EU for sale. CE certification means that the product affixed with the CE mark has passed the corresponding conformity assessment procedure and/or the manufacturer's declaration of conformity, and complies with the relevant EU directives.

Bfarm: The drug administrations of the German federal government and state governments jointly supervise the production and distribution of drugs and medical devices. The federal and state drug administration departments have a clear division of labor and each performs its own duties. In Germany, the regulatory authority in charge of medical devices is mainly Bfarm. Its Medical Devices Division consists of five departments, the In Vitro Diagnostic Reagents Division, which is made up of laboratory chemists and doctors.

Orders for antigen test kits between BIOBASE and Bolivia, Romania, Spain and other countries are also being negotiated at an accelerated pace.

The double antibody sandwich method was used in the detection of nasopharyngeal swabs. Using two antigen-specific antibodies to recognize and combine different epitopes of the target antigen can greatly reduce the number of cross-reactions, thereby improving its specificity.

Under this large-scale epidemic, in order to protect the health of the people, virus sampling tubes and other anti-epidemic materials are also being snapped up in the international market. BIOBASE can provide you with one-stop shopping of epidemic prevention materials and shorten the delivery time, and escort the epidemic prevention and control of various countries.

BIOBASE antigen test kit can be exported to many countries